CityOn is such a shopping center where you can experience more than shop or eat,
but also offering you a scene of modern drama. 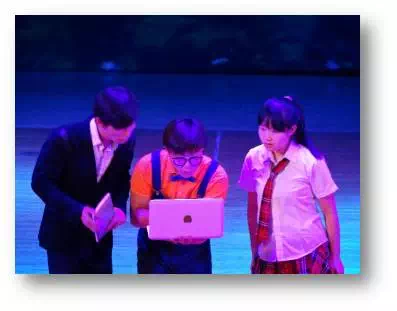 The community-oriented theatre will make its nationwide debut at CityOn on September 2th.
Four well-known children’s dramas are making their first public appearance in Zhengzhou here.
“Dr. Mao’s Lab”, “A Spanish Athlete’s Scientific Show”, “The Three Swordsmen on Campus- The Mysterious Teacher”, and “The Legend of a Whale-Hi-tech Hero” will be on play every Saturday all through the September.
CityOn has prepared presents for the drama audience. As long as you watched all these drama, don’t forget to collect the stamps for redeem the exquisite gifts.
Please pay attention to the notice boards in the nearby communities with detailed timetable and address of CityOn mini theatre.
CityOn will present a public area for entertainment and culture communication in this upcoming September.

Mini Theatre at CityOn Kicks Off!

An Evolution of Modern, a new Attitude about Moder...