Guess who is gonna be here in CityOn? 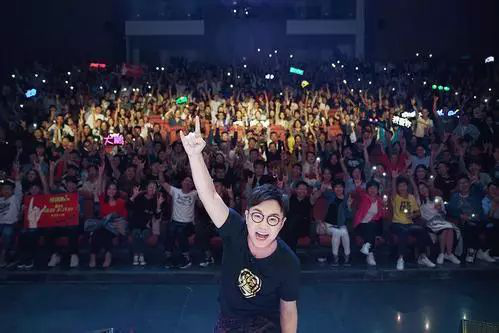 Yes, it’s DaPeng! That man who directed Jian Bing Man, Diors Men,
and hosted Dapeng Talk Show.
Dapeng will appear in Oscar Theatres, CityOn,
with his new movie City of Rock this Friday, 1:00 pm, September, 22.
This film tells a young musician from a small town in China
tries to save his town's treasured Rock Park by organizing a charity rock concert.

The lead vocalist Hu Liang (Qiao Shan) eagerly dreamed of organizing a rock band,
and upon all the strategies, he finally had the name of his band,
‘Let’s have a rock band!’and four members.
They were the bass player Ding Jianguo (Nazha), Drummer Zhayao (Li Hongqi),
Guitar player Yang Shuangshu( Han Tongsheng), and keyboard player Xixi (Qu Juxi).
Everyone looks very weird, in their age and appearance.
Ding Jianguo, a beautiful girl but so slovenly, and she even had a drinking problem;
the drummer was always seen facing the wall and mumbling;
The guitar player was aged and suffered from cerebral thrombus;
Xixi was under age to attend any commercial performance.
What the funny interactions will happen between them four?
It is waiting for your discovery. 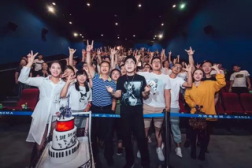 @All Fashionista|Worry about wearing the same outf...

An Evolution of Modern, a new Attitude about Moder...